Apparently, during the CrossFit regionals in the past couple of weeks, somewhere on the order of 25 men, including some elite athletes, either partially or completely tore their pectoralis major tendons. For essentially all of these athletes, that means the end of regional competition, possibly the end of the road to the 2017 CrossFit games, and in the worst cases, surgical repair and months of rehabilitation.

The culprit WOD for the pec tendon ruptures included heavy volumes of ring dips. The amount of strain placed across the tendon in this movement is considerable but unlikely to cause pec tendon rupture on such a widespread basis unless… The number of reps and force applied are egregiously excessive or competitors were using performance-enhancing supplements. It has been known for some time in the sports medicine community that males who overtrain and or use performance-enhancing drugs are at greater risk for acute tendon rupture.

To see such a large volume of athletes sustain the same type of injury in such a short period of time is either unprecedented or extremely rare. It definitely raises the question of the role performance-enhancing substances may be having in this setting. 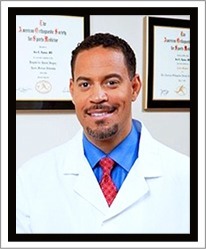