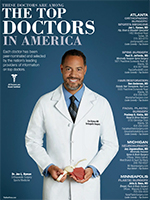 With a parent in the military, Dr. Jon Hyman was raised in over a dozen places in the Northeastern United States, from NY to PA to MD to DC. He was a record-holding and highly decorated multi-sport athlete in high school. As a youth, he excelled in football, baseball, basketball, tennis, cross-country, track and field. After being recruited to all the Ivy-League schools as a student athlete, he opted to attend the #1 ranked Stanford University and settled on a pre-medical curriculum. While there, he also ran in the track & field and cross country programs under coach Brooks Johnson.

He graduated from Stanford University with Honors in Biology, and with a thesis paper in Neurosurgery. Dr. Hyman went on to graduate with High Honors from Harvard Medical School where he cultivated his interest in biomechanics, sports medicine and orthopedic surgery. Dr. Hyman completed his internship in General Surgery and PGY 2-3 training at Emory University, where the Department Chairman of Orthopedics described him as the “best resident we’ve ever had.” Dr. Hyman was then selected to complete his Orthopedic Residency Training at the #1 ranked Orthopedic program in the nation: the Hospital for Special Surgery. While in New York City, he had the opportunity to care for numerous celebrities and professional athletes/teams as well as serve indigent and non-English speaking communities. Dr. Hyman travelled to Africa, India, the Middle East, and South America, where he has performed charitable orthopedic surgical care.

As a Chief surgical resident, Dr. Hyman was honored with the distinction of winning the esteemed Lewis Clark Wagner Award for his research on ACL reconstruction. Uniquely, Dr. Hyman was the only resident invited to remain at the Hospital for Special Surgery and join the faculty of Fellows. He was also offered surgical fellowship training positions at the prestigious Steadman Hawkins clinic and the Dr. James Andrews American Sports Medicine Institute, but he opted to accept the most coveted Sports Medicine fellowship and remain at the Hospital for Special Surgery. While there, he excelled in Sports Medicine & Shoulder service and published numerous scientific papers including investigations on the Knee, ACL, Shoulder, Elbow and Hip Arthroscopy.

After completing the series of #1 training programs, he moved to Georgia. Dr. Hyman has been in practice in Atlanta since 2000 and has successfully performed thousands of surgeries. More importantly, he has helped many more thousands of patients get well without surgery. He’s fortunate to be the only Orthopedic Surgeon to work as a Team physician for the Atlanta Falcons NFL, Atlanta Hawks NBA and Atlanta Thrashers NHL teams. He has also cared for numerous high school, collegiate and Olympic athletes.

Whether treating a high level athlete, an injured worker, or a weekend warrior, his goal as a physician is to compassionately care and promote healing while helping patients achieve their goals. He often tells his patients, “I will treat your condition as if it were my own or that of a family member, we’re all on the same team."