In Atlanta, Georgia, Dr. Hyman is a recognized leader in the treatment of femoroacetabular impingement, also known as FAI. We were the first practice in Atlanta to establish a Hip Arthroscopy Center for the treatment of FAI. Dr. Hyman served as the Medical Director for the Emory Adventist Health system Center for the entirety of it’s existence, before moving it to the Advanced Orthopedic Surgery Center in Tucker, Georgia. Below, you will find detailed information on the symptoms, causes, diagnosis, and treatment of FAI. We have developed best in class treatment protocols for preparation for surgery, the hip arthroscopic treatment, and the rehabilitation or physical therapy for FAI, for both surgical and non-surgical care. 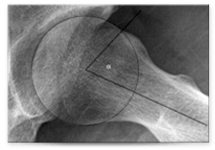 The is one of the most common causes of hip pain around the world. Sometimes the way our hips form from childhood can lead us to develop problems as teen or middle aged adults. 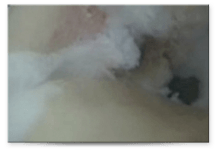 FAI describes a situation where the ball and socket do not fit together in an optimal way, leading the ball to scratch or irritate the socket. If the problem is with the socket or acetabulum, it can be because it's too deep (coxa profunda) or it is too rotated, i.e. PINCER lesion (anteverted or retroverted - pointed to the front or to the back, respectively). Sometimes the problem is on the ball (femur) side and can be because of an irregular shape (coxa valga) or bumpy oversized surface (CAM lesion).

This process of boney impingement is very common and many patients have both CAM and PINCER problems. Failure to address the boney impingement at the time of the original surgery is one of the most common reasons patients are referred to us for a revision or repeat hip arthroscopy surgery. Here you can see an image of a femur where the CAM bump has been resected and shaved, allowing a smoother fit in the hip socket.

There are several types of impingement, including CAM and PINCER most commonly, but also coxa profunda (deeper than normal socket), acetabular retroversion, and ischiofemoral impingement (strain to the quadratus femoris from tightness between the lesser trochanter and the ischium). These issues are in distinction from hip Dysplasia, where the socket is too shallow, though this can often result in cartilage damage and labral tearing. 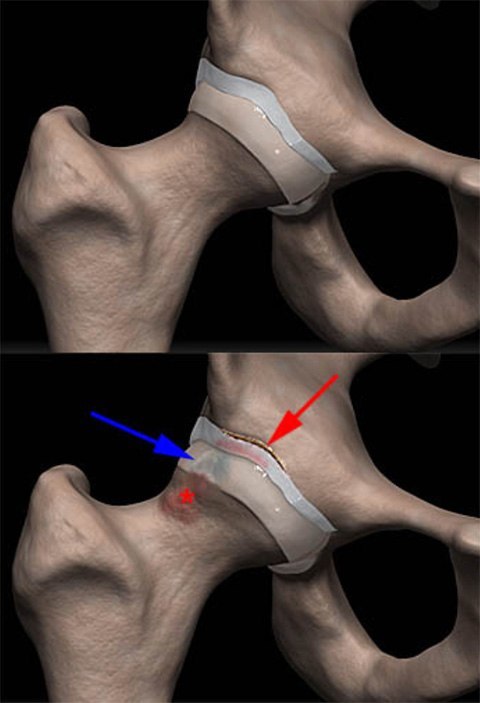 CAM impingement: increased bony prominence with a loss of concavity at the femoral head neck junction. This can result in increased contact pressure with hip flexion, and therefore cartilage damage in the dome of the socket (acetabulum) and labral tearing. 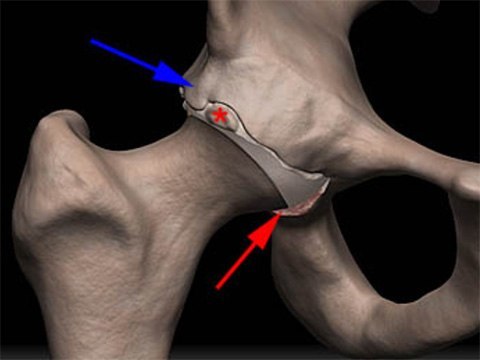 Pincer Impingement:
Due to overhang or prominence of the upper part of the acetabulum, the bone and labrum can get pinched or crushed or torn from repetitive impact with hip flexion.